What Happened to "Innocent Until Proven Guilty"? House Bill 46 Would Take a First Step Toward Ending Louisiana’s Pretrial Incarceration Crisis

Right now if you are arrested in Louisiana, you can sit in jail for months before a prosecutor even looks at evidence, speaks to witnesses, or reviews police reports. You can legally spend weeks away from work and family while waiting for the state to consider whether you should be charged with a crime at all. This is all long before any trial and most people don’t have a lawyer during this time. Usually, there’s not even a hearing where you can talk to a judge. The timeline during this period is controlled entirely by the district attorney.

For years, the ACLU of Louisiana has been working to sound the alarm about Louisiana’s pretrial incarceration crisis, which costs taxpayers hundreds of millions of dollars, ruins people’s livelihoods, and has no discernible public safety benefit.

Our landmark report – Justice Can’t Wait – studied thousands of jail records over a two-year period, exposing a skyrocketing pretrial incarceration rate and staggering racial disparities. Louisiana has the highest pretrial incarceration rate in the country, jailing thousands of people without charge or conviction. Almost 60% of people jailed pretrial are arrested for non-violent offenses, like minor drug possession and unpaid citations. Black people are 2.3 times more likely than white people to be jailed following arrest, and Black people are held in jail about 36% longer than white detainees.

Louisiana state law enables this injustice, and this year Louisiana legislators have a long-overdue opportunity to fix it.

Under current law, you can be jailed for up to 120 days (4 months) before the state even decides whether to file charges against you. Even those arrested for a misdemeanor can be held for 45 days. Because the Sixth Amendment Right to Counsel does not apply before arraignment, people are stuck in limbo for months with no way to challenge their confinement – many of whom are eventually released without charge.

This is an egregious miscarriage of justice that traps people in legal limbo for weeks and even months, all without charge or trial.

House Bill 46, introduced by state Rep. Ted James, would protect Louisianans’ constitutional rights and improve the functioning of the justice system by limiting the amount of time the state may jail a person without criminal charge. The bill shortens the period to five days for most charges, 30 days for more serious offenses, and codifies the right to counsel at the preliminary hearing. This legislation would also save millions of taxpayer dollars by reducing the total number of days spent in jail.

That’s why we’ll be making our voices heard loud and clear in the state capitol and urging state legislators to pass House Bill 46 without delay – because justice can’t wait. 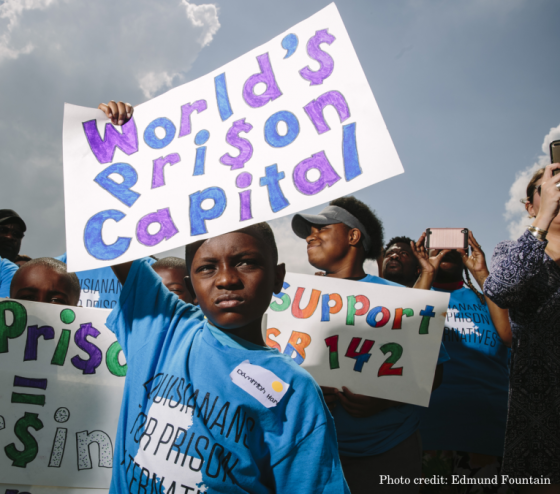