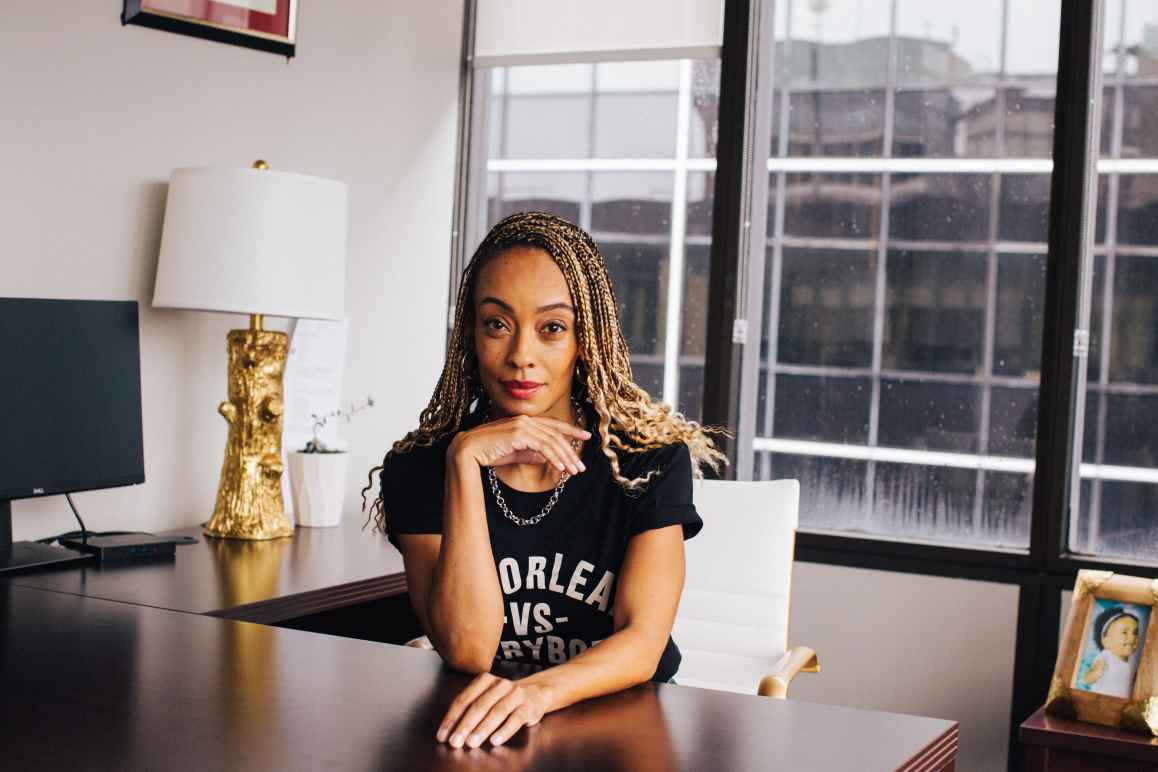 Alanah Odoms is a civil rights leader, mother, and a professional and spiritual support to countless activists across Louisiana and beyond. As the first Black woman to lead the ACLU of Louisiana in its 65 year history, she has answered the call to defend the Constitution and the Bill of Rights by challenging systemic racial and gender injustice – vestiges of slavery displayed most prominently in Louisiana’s epidemic of mass incarceration, immigrant detention and deportation, and racist policing across the state.

Through ACLU of Louisiana’s “Justice Lab: Putting Racist Policing on Trial” initiative, Alanah and her team will lead law firms and law school legal clinics from across the country in representing plaintiffs who’ve experienced racially motivated police misconduct. This work stands on ACLU of Louisiana’s foundational legal docket and advocacy efforts, which protect the First Amendment for all Louisianans, and challenge conditions of prisons and detention centers; the pretrial incarceration system in Louisiana; and the blanket denial of humanitarian parole to asylum seekers. In 2018, Alanah led the organization’s successful coalition campaign to overturn Louisiana’s non-unanimous jury law, which dated back to 1898.

Before joining the ACLU in June, 2018, Odoms served as the director of the Division of Children and Families, Deputy general counsel of the Louisiana Supreme Court, and special counsel to Louisiana Supreme Court Chief Justice, Bernette J. Johnson. Alanah co-chaired the statewide effort to reduce incarceration of children through the Juvenile Detention Alternatives Initiative (JDAI), and was appointed special counsel to Louisiana’s landmark Justice Reinvestment Task Force, which developed the policy recommendations behind the state’s historic package of criminal justice reforms passed in 2017. Recognizing the need to have directly impacted community members at the table, she was the architect of a series of listening sessions which allowed Louisiana citizens to address the task force.

In July 2018, Alanah graduated from the prestigious Presidential Leadership Scholars Program, a partnership between the George H.W. Bush, Bill Clinton, Lyndon Johnson, and George Bush presidential centers. She is among a distinct group of national up- and-coming leaders recognized for her commitment to solving one of our nation’s most pressing problems.

In the midst of a global pandemic that impacts Black people at disproportionate rates, and civil unrest against police brutality and systemic racism, ACLU of Louisiana aims to dismantle white supremacy in our laws and in the legal system-  and move our state toward solidarity and collective liberation. At the core of this pursuit are Alanah’s ideals of peace, justice and love. As Michelle Alexander powerfully states, “The centuries-long struggle to birth a truly inclusive, egalitarian democracy — a nation in which every voice and every life truly matters — did not begin with us, and it will not end with us.” Alanah shares Alexander’s hope to serve as “faithful midwives in our lifetimes and do what we can to make America, finally, what it must become.”

In Redistricting, Louisiana Lawmakers Must Prioritize People Over...

Pretrial Incarceration Can Be Deadly. It’s Time for Reform.

What the Black Panther Party Can Teach Us About the Fight for...

The Equitable Future We Are Building in 2021

Trump Has Been Impeached Again. Now the Work of Dismantling White...

The Trump-Incited Attack on the U.S. Capitol was White Supremacy in...