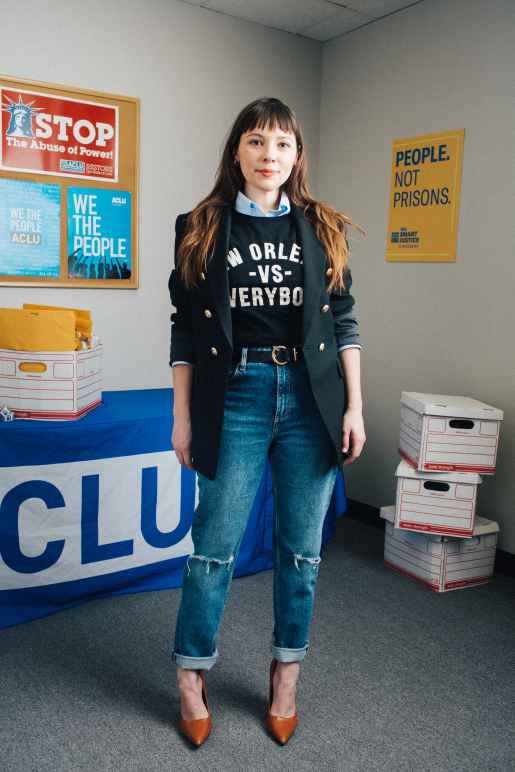 In her role as ACLU of Louisiana’s Development Director, Maggy Baccinelli is committed to growing the affiliate’s resources through major gift fundraising, granting opportunities, and annual giving campaigns that celebrate the power of collective giving. Maggy also recruits strategic partners from across the state to support ACLU of Louisiana’s fundraising, marketing, and advocacy objectives. Through the creation of ACLU of Louisiana’s Arts & Business Justice Collaborative, for example, Maggy has brought together a passionate cohort of artists and business owners who are leveraging their cultural and economic capital to help ACLU of Louisiana end mass incarceration, challenge unconstitutional policing, and get out the vote. Maggy believes that in this time of reckoning, we must examine together the ways philanthropic institutions have historically sustained white supremacy, and challenge the economic injustice which makes some philanthropy achievable.

Prior to joining ACLU, Maggy was director of the Tulane Law Fund & Reunions at Tulane Law School. In addition to growing the fund by 20 percent, and alumni giving participation by 40 percent during her tenure, she also organized Tulane Law School’s first Black Alumni Reunion, and raised more money for diversity initiatives than had ever before been raised. Prior to working at Tulane, Maggy worked for the Association of Corporate Counsel and as a freelance journalist in Washington, D.C. covering race relations in her gentrifying neighborhood for Hill Rag and Capital Community News.

Maggy is the author of the book, New Orleans Neighborhoods: A Cultural Guide, which aims to reveal the history and vestiges of slavery in each of New Orleans’s 72 neighborhoods alongside the city’s most traditionally celebrated characteristics. Born in Italy and raised in New Jersey, Maggy was drawn to New Orleans by its people and storytelling culture. Maggy has a BA in Journalism from the University of Maryland and an MFA in creative writing from the University of New Orleans. She is a proud mom, wife, daughter, sister and aunt.

Abortion Is Under Attack