The Next Orleans Parish DA Will Have Enormous Power. We Asked the Candidates How They'd Govern

In the December 5 runoff election, justice is front and center on the ballot. This election will decide the next Orleans Parish District Attorney who will hold the power to create a fairer, more equitable legal system.

Ahead of this crucial election, the American Civil Liberties Union and the ACLU of Louisiana have launched a paid media campaign, including radio ads and text messages, to educate voters on the stakes and mobilize people to the polls. The campaign includes a 60-second radio ad airing widely in the New Orleans media market and text messages to nearly 30,000 voters.

The radio ads and text messages are based on the ACLU of Louisiana’s candidate questionnaire, which asked the candidates – Jason Williams and Keva Landrum – about their positions on key issues facing our communities. Candidate Jason Williams pledged to combat racial injustice by ending all enforcement of personal marijuana possession and to never transfer children to adult court. Candidate Keva Landrum did not take such a pledge.

The ACLU of Louisiana does not endorse or oppose candidates for elected office, but we do want voters to make an informed choice. Get to know the candidates on our Know Your DA Dashboard, and then make a plan to vote like your rights depend on it.

Listen to the ACLU of Louisiana's radio ad: 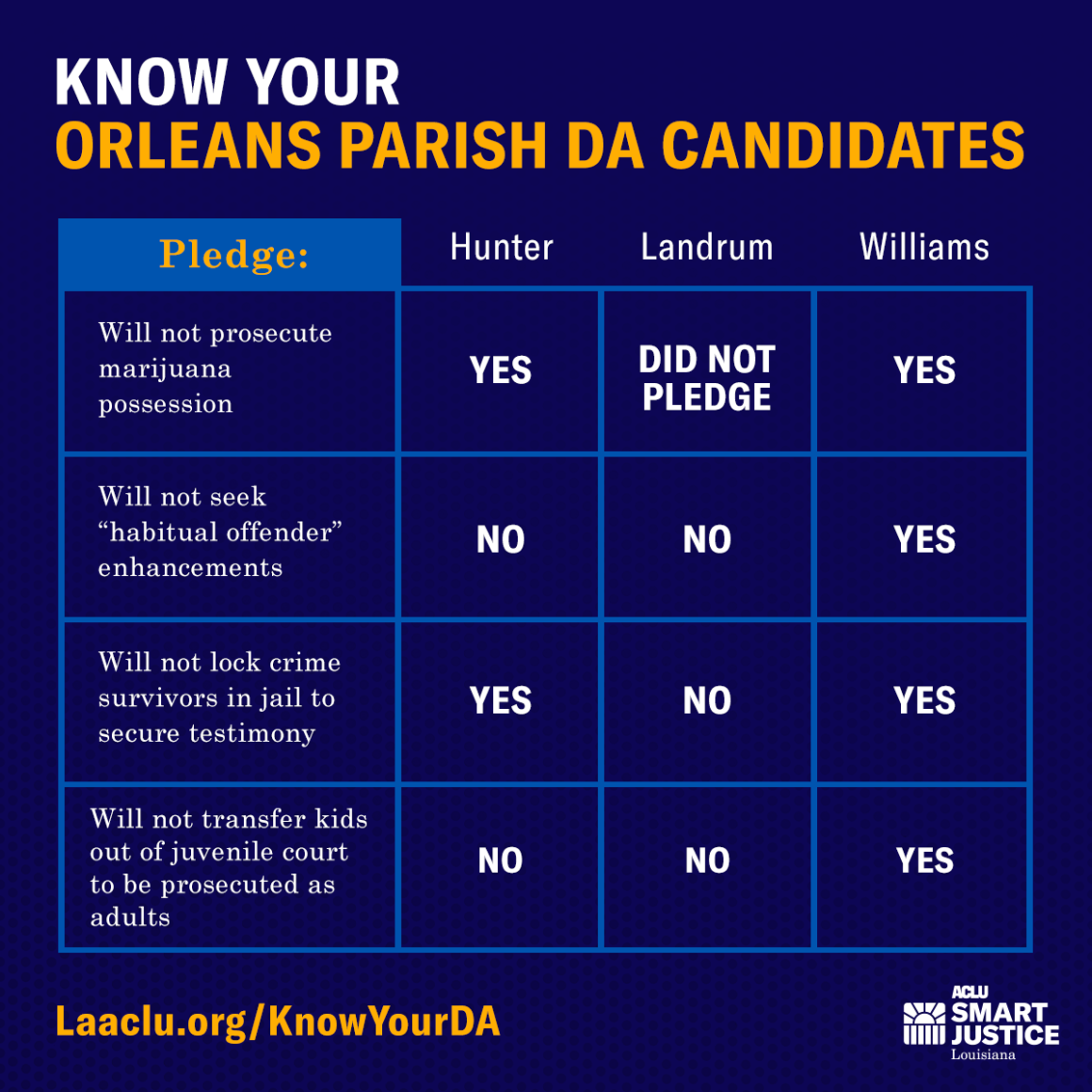 Your Rights and COVID-19